Looking back at the construction of the Gateshead Metrocentre

Looking back at the construction of the Gateshead Metrocentre

Today, many of us travel out of town to shop, making it hard to imagine that less than fifty years ago retail parks and shopping centres, including Gateshead’s Metrocentre, were nothing more than a glint in a property developer’s eye.

Before then, people wanting to shop would head to their local high street or a nearby city centre. During the 1960s many of these city centres, along with larger towns, built shopping precincts, covered areas that meant shoppers could get most of what they needed in one place and stay dry at the same time. 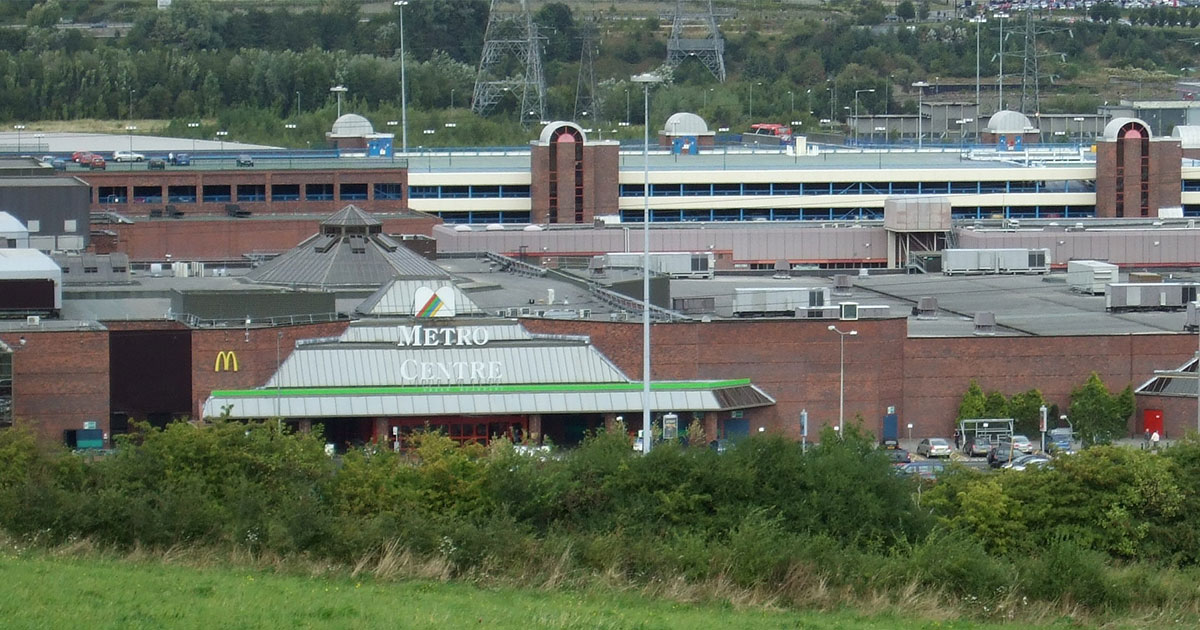 The Development of Gateshead’s Metro Centre

Although it didn’t officially open until 1986, the idea for Gateshead Metrocentre (which has been known as the Intu Metrocentre since 2014) can be traced back to 1979 when Sir John Hall and his construction company, Cameron Hall Development, decided to build an out-of-town shopping and leisure centre that would attract visitors from across the region.

Their idea was for a state-of-the-art centre that had shoppers at its heart. It would have bright, open, walkways, plenty of big name shops and leisure facilities that appealed to the whole family, making it a destination, not just somewhere people went shopping.

With such a grand vision, the proposed site – a former power station ash dump in Dunston – might not have been everyone’s first choice. However, for Sir John Hall, the location made it perfect; over 4.5 million people were living within an hour drive, and he bought the site for £100,000.

Once they’d purchased the site, work began on getting planning permission. Thankfully, they were in luck. In 1981, the area became the first Enterprise Zone in the UK, meaning they could claim a 100% capital allowance on building work, and the development would be rate free and subject to few planning restrictions.

With building an out-of-town shopping centre starting to make economic sense, Gateshead Metropolitan Council approved the plans and agreed – along with the Department of Transport – to pay £1.75 million towards the building of access roads to the site.

The next step was finding the retailers to fill the shops that were about to be built. In 1984, working with the council, an exhibition that attracted over 1,000 visitors was held at was then the Five Bridges hotel.

Among them were some of the UK’s most prominent names in retail at the time including Boots, the Burton Group, Carrefour, and Marks & Spencer, who agreed to open their first out-of-town store at the Metrocentre. Later, as the centre took shape, more retailers came on board, including BHS and House of Fraser. 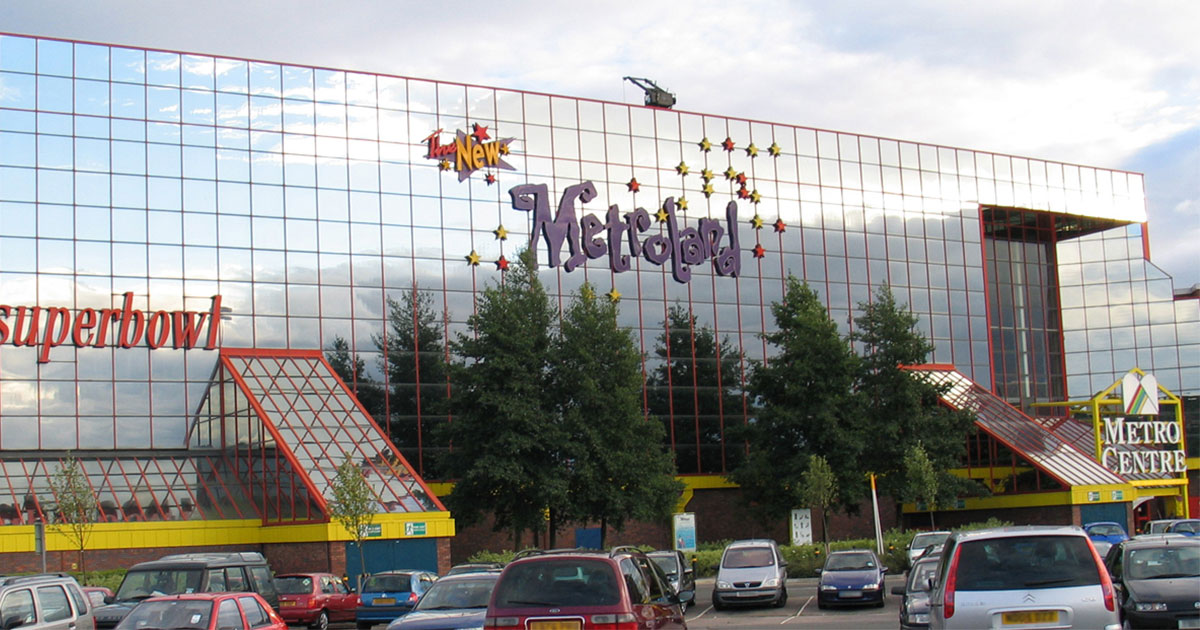 As building began on site, Cameron Hall Development stayed true to their original vision of building a place where people could go not just to shop but to enjoy themselves. How visitors felt at every point in their day was essential to the developers. This meant incorporating elements which are commonplace today such as zones that made it easy to navigate and baby-changing facilities as well as places to eat and to play (not many shopping malls had an indoor funfair), open walkways, lots of natural light, and columns and cornices to add a little bit of style.

The Metro Centre was a £250 million investment that brought over 6,000 jobs to the region. It opened its doors to shoppers in April 1986, with an official ribbon cutting in October the same year. Initially, shoppers could only shop in the Red Mall. However, all four malls were open by 1988.

Since this grand opening, the Metrocentre has seen plenty of changes. There’s no longer a funfair, for example, and some shops have moved out to the nearby retail park in search of more space. Malls have adapted to meet the changing needs of shoppers with a greater focus on leisure; the 10-screen cinema now has 12-screens for example.

All this means people are still going to the Metrocentre to do more than just shop and, with visitor numbers continuing to grow each year, it looks like this will be the case for a long time to come.