The Building of the Tyne Bridge

Home/Blog/The Building of the Tyne Bridge
Previous Next

The Building of the Tyne Bridge

As you approach Gateshead from the south, you cannot fail to see the iconic ‘Angel of the North’ sculpture by Antony Gormley, which stands 20 metres high with a 54 metre-wide wing span. But we all know that carrying on a little bit further north is when you will see an even more iconic structure – the Tyne Bridge, arguably Newcastle’s most famous landmark.

The Tyne Bridge is without doubt one of Newcastle’s most recognised features, and many tourists are drawn here to take a trip across the amazing structure and take in the spectacular views up and down the River Tyne. The bridge itself stands very close to the site of the first bridge ever to be built to span the Tyne, a stone bridge which was built by the Romans.,

Even though the initial plans for the Tyne Bridge go back as far as 1883, the plans didn’t get the go ahead until 1924, with work beginning in 1925.

As a construction company based in the North East of England, the history of how iconic structures within our own region, such as the Tyne Bridge, is very interesting to us and we are sure you will also find it fascinating.

Considered as one of the modern miracles of its time, the bridge has since become the defining long-standing symbol of Tyneside. The tenth tallest structure in the city, the bridge towers are built over five storeys using Cornish granite. Local architect Robert Burns Dick designed the bridge towers to become useful warehouses for local industry, but the warehouse floors were never completed, meaning that the towers storage areas were never used as intended.

The bridge cost £1,200,000 to build, which is mere peanuts in today’s prices – but was a hugely significant amount back then. With a 531 feet span and a road deck that sits 84 feet above the waters of the Tyne, the bridge needed a lot of land clearing at each side of the river to accommodate the build. Several old inns and factories needed to be demolished to make way for the bridge.

Painting and Maintaining the Tyne Bridge 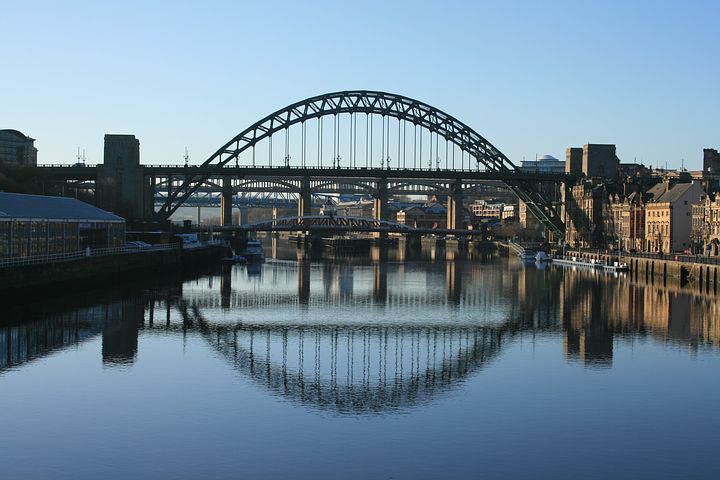 Once the Tyne Bridge construction was complete, it then needed to be painted. Painting the bridge was a mammoth task and the green paint used was especially formulated by J. Dampney Co. of Gateshead. Multi-million pound plans are in place to give the grade II-listed bridge a repaint and to carry out much needed repairs. It is not surprising that the maintenance bill runs into the millions with the bridge being used by more than 70,000 vehicles a day.

The Tyne Bridge refurbishment works include:

The repainting of the bridge itself is set to cost £10m while the bridge resurfacing is set at around the £1m mark. Subject to funding, the works could start in early 2019.

There is no denying that the distinctive shape and commanding presence of the Tyne Bridge has earned an iconic status and has become a symbol of Tyneside.

Being one of the greatest symbols of Tyneside’s industrial pride and engineering prowess – no wonder that it has become know as being the ‘bridge that Geordies come home for‘.